The growing appetite for modular farming: a deep dive into a new agricultural movement 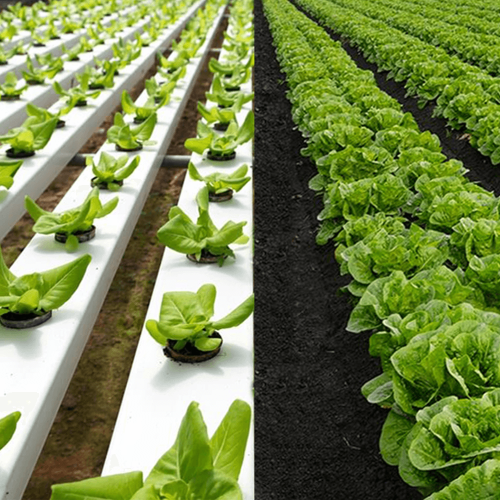 The growing appetite for modular farming: a deep dive into a new agricultural movement

Sustainability and food production has been one of the focal areas for the United Nations for a long time.

Our current agricultural system is up to a huge task. According to the Princeton Student Climate Initiative, by 2050, we will need to increase food production by about 70% in order to meet the needs of a global population – 68% of whom are projected to live in urban areas.

The amount of resources used by traditional agriculture is astronomical. Globally, 70% of water usage goes towards agricultural production, largely due to unsustainable irrigation practices. Furthermore, the advent of Covid-19 has further reinforced the premise of building resilience in our local food production.

If fruits, vegetables and herbs are grown in cities, they will not only make cities more self-sustaining but also reduce emissions, perishability and transport costs of production. The need to rely on food grown somewhere else will also dramatically reduce.

Moreover, only five Mediterranean climates — including California’s — supply all of the world’s fresh fruit and vegetables, and these climates are dealing with changing weather patterns. That is forcing more scrutiny of alternative options of food production.

Greenhouses were the first part of the movement to provide year-round produce, but their flaw is that they require sun, which means they have to be laid out horizontally, taking up huge amounts of space. Such large spaces are prohibitively expensive in cities.

This is where modular farming comes into the picture. It is also becoming a big business that is increasingly being backed by venture capitalists and private equity firms. Modular farms are a classic example of how businesses can make profits while contributing to the larger environmental cause.

Modular farming, which is growing vegetables and herbs in self-contained, movable units that can thrive in difficult climates, and without the need for soil or sunlight. Such farms enable the production of fresh, pesticide and herbicide-free crops, anywhere, anytime while significantly reducing waste and using less water.

The farms are typically made out of used shipping containers, which can be stacked and arranged vertically. The modularity allows farmers to easily adjust which crops they want to grow by just adding a new shipping container.

Each container can thus be stacked over one another, creating towers of farms in tiny horizontal spaces. Joey Hundert, founder and CEO of Sustainitech, talks about how big the whole movement is and how there is an increasing number of venture capitalists wanting to invest in modular farming. Sustainitech builds indoor farms, typically inside of shipping containers that can be put anywhere to grow crops successfully where it can be hard to grow them.

The chief selling points of modular farms or indoor vertical farms apart from the ones listed above is that they have short grown cycles, offer year-round production and have easy product traceability. Product traceability has been one of the significant factors contributing to this food production trend, given the fact that consumers now want to know where their food comes from.

The urban modular farm industry that employs the technique of hydroponics, is at an important juncture. Automation is taking prominence and vertical farms are preparing to scale up given the increasingly long-term contract by food distributors and different businesses. Square Roots and Gordon Food Service (GFS), North America’s largest privately-owned foodservice distributor, opened its first co-located farm at GFS’ headquarters in Michigan.

GFS has forged a strategic partnership with more than 100,000 restaurants, schools, hospitals/healthcare facilities, etc. in the United States and Canada to provide fresh produce. GFS also caters to several small businesses and walk-in customers as well.

Other indoor farming companies are also in an expansionary mode given the increasing demand for tasty, fresh and locally grown produce. Modular farms are the future of farming that will connect farmers and consumers who are passionate about food and the environment.