Google’s media teams during the pandemic: then and now 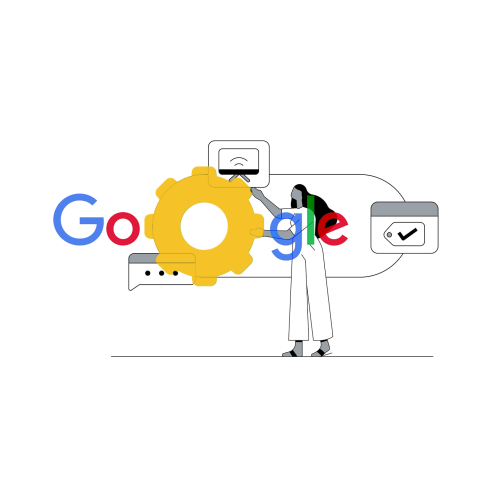 Google’s media teams during the pandemic: then and now

This blog is based on the speech of Joshua Spanier – Google’s global marketing VP for media – earlier in 2021.

Accordingly to Google here are four major lessons acquired with regards to Marketing during the pandemic:[/vc_column_text][vc_single_image image=”5348″ img_size=”large”][vc_column_text]

Surprisingly at the time of the pandemic google survived through Centralization, automation, tools and practices.

Google referred to its infrastructure and stuck to the traditional processes that were developed earlier before the pandemic.

This has helped Google to relaunch, scale and continue flexing quickly and efficiently.

Take this campaign tracking example: Before COVID-19, Google had upward of 20 different campaign trackers for its media teams all over the world.

The quick pivots they needed weren’t going to happen with that departed system, so they consolidated those trackers into one global view with a single source of truth.

And like so many marketing teams this pandemic has forced Google to reconsider its resource allocation.

Looking to the future, Google realized there’s more to do with regards to automating their processes and freeing up their humans towards other important roles like driving insights and innovation.

For example, they are building up a tool that will help automate channel planning and publisher selection for its campaigns.

Because it was observed that employees spend lots of time crafting media plans for every campaign.

But, at the end of the day, most media plans look a lot alike, and the pandemic has certainly made them question if it’s worth it.

It’s true that Bureaucracy is bad but infrastructure, scaled processes, and automation are good. When delineating those, teams can see the difference between time wasted and time invested.

[/vc_column_text][vc_single_image image=”5349″ img_size=”full”][vc_column_text] The myth has been going that “creative” and “machine learning” don’t come in the same sentence.

However what Google has found during the pandemic through lots of experimenting is that machine learning can actually make creative more effective, and more efficient.

During the pandemic, digital shopping exploded as most people were staying home.

This showed an opportunity for Google’s hardware products but at a time when coming up with new creative was tough.

To capitalize on that Google started with performance media and worked fast towards automating the build of thousands of creative assets.

They tapped into first-party data and trends from Search and YouTube, incorporating those insights into our creative.

Similarly, for Google Search and Maps, Google was able to deliver 30 contextual videos and over 110,000 dynamic banners in support of more than 8,000 local businesses.

To produce those kinds of assets, a machine learning-based feed was built. It creates relevant and personalized variations based on dynamic levers, from geolocation to busy times to data similarities.

For example, if you lived near Chicago and were interested in dancing, you might have seen the ad below that featured local dance studios near you. That volume at that speed wouldn’t be possible without machine learning.

3.“Win before spend” is the new motto

[/vc_column_text][vc_single_image image=”5352″ img_size=”full”][vc_column_text]With more scrutiny on every media dollar spent, the pandemic forced Google to put more planning and tenacity behind its work.

Google teams developed ongoing preflight media checks to evaluate campaigns against a list of best practices that had to be met for every given channel, tactic, or format.

Like many advertisers, Google primarily conducts precampaign creative tests however with the pandemic constraints they have gone one step further by developing a creative scorecard to track creative quality and the percentage of budget spent against creative that drives lift.

This helped ensure media investments are made towards the strongest performing creative.

It was also interesting to study how Google ensured to invest in finding the right user enough times to drive the lift.

Through the preflight check, where buys are tracked at a platform level to ensure sufficient frequency to drive cut through.

Over time Google proved that these checks can forecast the likelihood of success for a given media plan and deliver incremental lift.

Moreover following through on these checks has ensured up to 5X more likelihood of a campaign delivering impact.

4.Invest in and cultivate agility

[/vc_column_text][vc_single_image image=”5351″ img_size=”full”][vc_column_text]Resiliency for brands requires investing in experimentation. Before the pandemic, Google was already a pioneer in digital media and was always comfortable pushing the boundaries on all levels.

This has made passing through the pandemic much easier in all aspects.
Investing in becoming more agile, flexible, contextual, fast and data-driven was the key. And from that point google has started building themes of agility represented in the following:

a team of creative strategists, digital evangelists, and innovative thinkers who help make better work at the intersection of creativity, digital technology, and media.

An independent budget is set aside for them every year to partner with internal marketing teams to push the boundaries on marketing activities.For example, when shooting new creative wasn’t possible, Team Adrenaline stepped in to help deploy YouTube’s Director Mix to make dozens of adaptations of video ad assets, like Stadia, which happened to be more in-demand than ever.

If Google hadn’t previously built up that muscle, it would start from scratch in the time of crisis.

– Working with a “Hybrid” return model

Google has extended its voluntary work-from-home option through the summer of 2021 and is planning to permanently adopt working on a “Hybrid” return model after surveys showed employees want to return to the office at some point, but not every day.

Google stated that one of its key success elements during the pandemic was its ability to retain the quirk, serendipity, fun and collaborative culture.
Organizations should hold tight to such lessons learned from the crisis to sustain and carry forward.

Relying on what’s worked before, without setting aside budgets and resources for experiments, is indeed the major one.