Capitalism in the face of climate change: how businesses & society must adapt now 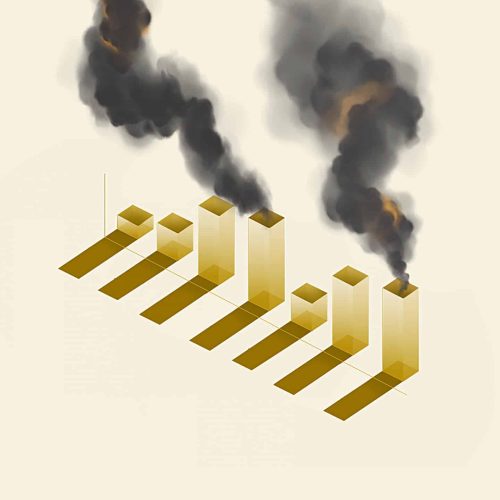 Capitalism in the face of climate change: how businesses & society must adapt now

As we all know, Capitalism is the system in which Companies are run mostly by private owners for generating profits and maximizing the value for their shareholders. Now, let us consider the interesting situation of Capitalism in the context of increasing focus of Governments and the general public on Climate Change and the need for Companies to take proactive measures to limit their activities that further harm the environment!

Now why would there be an internal conflict for Companies to work towards minimizing their environmental impact?

To minimize their carbon emissions entails Companies to completely overhaul their current Business models and all of this costs money!! So basically it is a Hobson’s choice between spending dollars today to revamp their current operations which would lead to a long-term beneficial impact on the environment, or

We all know the PESTEL (Political, Economic, Social, Technology, Environment, Legal) impact on Companies and here even the Political factors are getting increasingly more compelling. With Joe Biden taking charge as the US President late last year (2020), soon 9 out of 10 largest economies will align behind the goal of zeroing out their carbon emissions to slow down global warming.

Now, who is BlackRock?

Well, BlackRock Inc. is an investment Company who invest in the shares of global Companies…

So what, you might ask? But wait, it doesn’t stop there!

BlackRock is the single-largest shareholder in the world with a total investment portfolio of around US$ 9 Bn! Wow! So, any move by BlackRock makes every Company sit up a take notice…

Now, BlackRock has been pushing Corporate leaders to take urgent action to combat Climate Change. Every year, BlackRock CEO Larry Fink writes to CEOs of major Global Companies and as you will note from the graph below, for the last 2 years in a row the central theme of his “Dear CEO” letters has been climate change! His latest message, released end of January 2021 takes this to another level by demanding that Companies develop climate-compatible Business plans supported by data on their carbon emissions and thereby, report on their impact on the environment.

Well, Companies have little choice but to comply with these ‘directives’ and work towards a zero-carbon future.

But this is easier said than done!

Among the 1,188 Board members of the 100 largest US Companies, only 3 had climate expertise and only a minimal 6% could say they have environmental-related expertise, according to a Research conducted by New York University’s Stern Business School.

The coming months and years will indeed witness a sea-change in the Business models of all Corporates, especially in light of the current challenges as highlighted above, and we all hope to see our Climate future is more secure in the future…