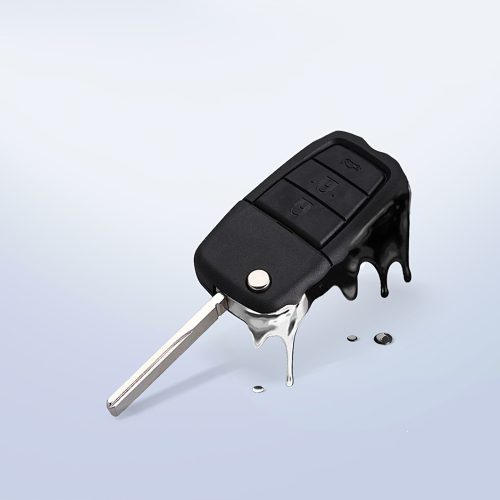 This blog examines the operations at Toyota’s Motomachi plant, one of the factories with suspended production in Japan, in the light of the chip crisis caused by the COVID-19 pandemic.

In general, the global semiconductor shortage has finally started to bite at Toyota, highlighting how a resurgence in Covid-19 infections from the Delta variant is now stifling chip manufacturing in Southeast Asia, worsening a parts crisis for car companies.

Specifically, Japan’s largest carmaker, Toyota, said on 21 August 2021, that it was cutting production in the country by 40% because of a shortage of semiconductors, highlighting how the scarcity is hitting even the best-prepared companies. In North America, Toyota is reducing factory output by between 40% and 60%. In total, the cost will be 140,000-170,000 fewer vehicles manufactured. Toyota had recently touted its ability to insulate itself from the global shortages that burned its peer’s thanks to stockpiles of components and close relationships with suppliers.

On the other hand, both Ford and GM also are scheduling more downtime at North American factories, in part because virus-related restrictions overseas are further adding to chip-supply constraints. Ford this year has lost output of more than 160,000 F-150 trucks, its top-selling vehicle and main profit driver. GM expects to make 100,000 fewer vehicles in North America in the second half of this year.

In the light of the foregoing, for now, the auto industry is confronting a new wrinkle with a resurgence in Covid-19 infections in Southeast Asia, particularly in Malaysia, denting output at computer-chip factories that are already straining to fill orders. This region is where semiconductors are assembled into small components that control everything from engines to headlights.

Ironically, the shortage of chips caused by the COVID-19 pandemic has had a silver lining for Toyota and other car companies because the dearth of cars on dealer lots has pushed up prices.

WHERE AIRPLANES GO TO DIE IN THE COVID-19 PANDEMIC ERA

In this blog, we examine the fate of aeroplanes at the Davis-Monthan Air Force Base in Tucson, US.

Specifically, this blog examines what transpires when an aircraft is no longer needed and its engines are turned off and allowed to cool down for the final time; also, what follows after that.

Experience shows that Airlines may put retired aircraft in open-air aviation museums, such as the renowned Concorde SST. However, the majority of such aircraft end up in “boneyards” after they retire. Thus, thousands of aircraft, for instance, are kept in vast boneyards, dotting the deserts of the southwest USA, as reported in the magazine: Interesting Engineering, dated 16 August 2021.

One such boneyard can be found on the outskirts of Tucson, Arizona, where rows of aircraft – ranging in size from massive cargo lifters to heavy bombers – sit, stretched out in the blazing desert sun. Indeed, this is the world’s largest aircraft storage and preservation facility, known as the Boneyard, which resides within the Davis-Monthan Air Force Base. Arranged over 2,600 acres, this place is home to almost 4,000 aircraft from the US Air Force, Army, Coast Guard, Navy, Marine Corps, and even the US Space Agency NASA (would you believe), all due to COVID-19!

While some seem to be brand new, others are shrouded in protective covers to keep sand and dust away. It is worth noting, however, that not all jets are fortunate enough to survive retirement in one piece. Consequently, some have been reduced to boxes of spare parts, ready to be sent out to different locations around the globe to give a hand to other aircraft take to the skies again.

One may ask: Why Tucson? First, the climatic conditions in Arizona, with its dry heat and low humidity, mean aircraft take longer to rust and degrade, making them less susceptible to corrosion and making it easier to keep them in proper working condition. Also, deserts offer a large amount of space for an affordable price, which means those interested in their service save a lot of money. The geology of the desert with its alkaline soil is also hard enough to prevent aircraft from sinking into the ground. This way, planes can be parked in the desert without costly new parking ramps.

I might add, however, that although the desert is kind of like an aviation retirement home, some of the planes’ flying days are still ahead of them. If a plane is due to fly again, it’s looked after by facility technicians who make sure all entrances to the aircraft are sealed to keep out dirt, dust, and wildlife. Further, they regularly operate motors and other equipment to ensure they work smoothly.