Sustainability: The most important aspect in the Business World 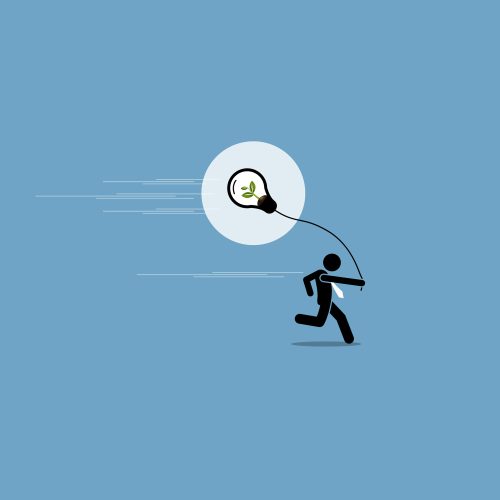 Sustainability: The most important aspect in the Business World

Sustainability is usually defined as the processes and actions through which humankind avoids the depletion of natural resources, to keep an ecological balance that doesn’t allow the quality of life of modern societies to decrease.

In this way, the term “sustainability” has been broadly applied to characterize improvements in areas like natural resources overexploitation, manufacturing operations (its energy use and polluting sub products), the linear consumption of products, the direction of investments, citizen lifestyle, consumer purchasing behaviors, technological developments or business and general institutional changes.

By adding the concept of ‘’development’’, sustainable development means not only that humankind should satisfy its current needs without compromising the ability of future generations to do the same.

Along with it also comes an idea of societal progress and an increase in quality of life across the globe. Why is Sustainability important?

Let’s try to understand the importance of sustainability by focusing on threats from unsustainable practices:

The UN Millennium Ecosystem Assessment Conference in 2007 reported that 40 percent of the world’s agricultural land is seriously degraded by poor farming practices, deforestation, and the effects of climate change.

According to research by the Global Humanitarian Forum, climate change is responsible for more than 300 000 deaths each year, affecting more than 300 million people annually.

The study further concluded that if things did not change, the numbers could reach 500 000 deaths annually by the year 2030.

26 500–30 000 children die each day due to poverty. They ‘die quietly in some of the poorest villages on earth, far removed from the scrutiny and the conscience of the world.

Being meek and weak in life makes these dying multitudes even more invisible in death.

5 Of children in developing countries, 27–28 percent are underweight or stunted.

Two regions account for most of the deficit, South Asia and sub-Saharan Africa.

If trends continue, we will miss the Millennium Development Goals target of halving the number of underweight children, largely because of slow progress in South Asia and sub-Saharan Africa.

Degradation of the environment: According to World Wildlife Fund, around 500 organic pollutants are present in the human body, and over 350 contaminants are found in Breast Milk.

Loss of green space and contact with nature also leads to poor physical and mental health.

Impact on Bio-diversity: As per the study reported by Economics of Ecosystems and Biodiversity Review, the loss of the natural world has led to the loss of billions of dollars each year.

The world has already lost 40% of its forest land from the last 300 years and if it continues like this, severe consequences will befall economies around the globe.

Research conducted by the University College London and published by Lancet clearly points out global warming as the biggest threat to humankind.

Richard Horton, the Lancet’s Editor stated ‘We have not just underestimated but completely neglected and ignored this issue. This has just not been an issue on the agenda of any professional body in health in the last 10 years in any significant way’.

All Businesses should embrace sustainability:

sustainability is a business approach to creating long-term value by taking into consideration how a given organization operates in the ecological, social and economic environment.

Sustainability is built on the assumption that developing such strategies fosters company longevity.

As the expectations on corporate responsibility increase, and as transparency becomes more prevalent, companies are recognizing the need to act on sustainability.

Professional communications and good intentions are no longer enough.

Some examples of Sustainable Practices from the Business World