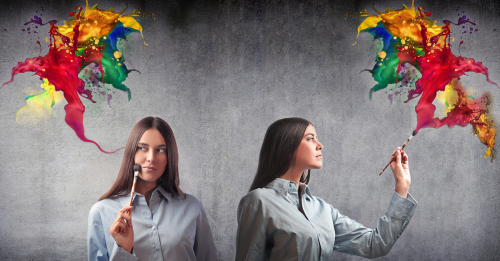 A global challenge in change management today seems to be the notion of putting PLANS into ACTION. There seems to be no shortage of ideas, no difficulty coming up with creative suggestions and elaborate plans but taking these plans and putting it into fruition seems to be one thing individuals, teams and organisations all battle with.

There is no doubt that achieving goals and changing behaviour are both challenging tasks to accomplish. Berkman (2018) states that “Neuroscience can never change the fact that pursuing goals is hard, but it can provide some explanations for the difficulty as well as some new insights about how to mitigate it” (Berkman, 2018, p.32).

Our drive to take action, achieve goals and exert effort emanates from some of our deepest and oldest brain regions. Motivation is a survival necessity, so the neural circuitry developed for it is both extensive and heavily interconnected (Vorhauser-Smith, 2011). When we are motivated to pursue something, we trigger approach mechanisms that are reinforced by the neurochemical dopamine. By activating this system, we receive bio-feedback that the activity is good, rewarding and enjoyable. This enhances the positive flow, and we pursue it further.

For every milestone achieved, the body releases dopamine, creating a sense of pleasure and leading to higher concentration and inspiration to recreate the experience (Kegler, 2014; Mehta, 2012). One has to collect wins, no matter how small, to obtain the repeated release of dopamine. The levels of dopamine can also be increased by visualising fear, novelty in any form, humour, changing perspectives or expecting something positive. Dopamine secretion is diminished when we activate any other regions than the Prefrontal Cortex PFC (Rock, 2009b).

Success is not possible without changing the daily behaviour of people throughout the company. But change is hard, for individuals and organisations (Rock & Schwarz, 2006).

Distractions – Why it’s hard to focus

Today more than ever before, we are exposed to constant distractions. Beeping or vibrating phones remind us when we have a new message or e-mail, noise and visual pollution easily and constantly distract our attention and the ongoing pressure from multiple clients with varying and ever-increasing demands makes focusing on one task for longer than a couple of minutes nearly impossible. Social media and the internet can both be addictive distractors and can impact profoundly on productivity. Rock (2016) reminds us that office distractions can consume as much as 2.1 hours per day.  It has also been found that we get distracted on average every eleven minutes, and we take twenty-five minutes to get back to the original task at hand – if at all. On average every three minutes, we switch between activities be it speaking to a colleague, making a call or reading a text (Rock, 2016).

Distractions appear in two main ways: sensory distractions (things happening around us) and emotional distractions (the voice in your head about yourself, others, things happening in your life or things you have to do) (Goleman, 2013). If you have ever had a highly emotive issue occupying your thoughts, you will recall that it is almost impossible to get onto the task at hand. This is because the brain is seeking a solution, so we can stop worrying about the issue. Trying to put the issue on the back burner is unfortunately not helpful, because our subconscious mind is still struggling with it, even if we are trying our best to ignore it. These emotive issues are the most powerful disruptors. Goleman says it best when he states that it “It’s not the chatter of people around us that is the most powerful distractor, but rather the chatter of our own minds”. The bad news is that in addition, it appears that on average we tend to focus more on negative and self-centred thoughts (Cooper, 2016).

How to overcome distractions?

Berkman and Rock (2014) suggest we book out dedicated, distraction-free time to work on critical novel tasks and challenges. The brain operates at its best when it performs serial tasks. So, focus on one task only but be sure to build in distractions and rewards. Another way to ensure you deliver your goal is to break the big goal down into small achievable goals and reward them often (Mehta, 2013). However, we should not set the bar too high because every time we fail, the brain is drained of dopamine preventing us from learning or concentrating (Mehta, 2013).

Goleman (2013) believes spending time in nature helps our mind relax. For example, walking down a city street does not lead to the brain relaxing as much as when we spend time in nature.

Medina (2008) in the book, Brain Rules, states we are biologically incapable of processing attention-rich inputs simultaneously. Human beings consciously function in a serial fashion. The more demanding the task, the more we are single-minded.

3. Cooper, B. B. (2016). The two brain systems that control our attention: The science of gaining focus. Retrieved July 27, 2019, from https://blog.bufferapp.com/the-science-of-focus-and-how-to-improve-your-attention-span

6. Mehta, M. (2013). The entrepreneurial instinct: How everyone has the innate ability to start a successful small business. New York: McGraw-Hill.

10. Rock, D. (2016). Beat back distractions: The neuroscience of getting things done. Retrieved from: https://www.huffingtonpost.com/david-rock/beat-back-distractions-th_b_498120.html