A BRIEF HISTORY OF SIBERIA – Why and how was it colonised and what may be its future? 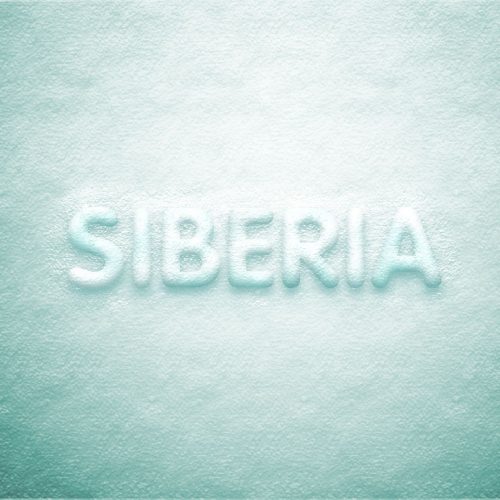 A BRIEF HISTORY OF SIBERIA – Why and how was it colonised and what may be its future?

Its name is synonymous with the coldest cold, so why and how was it colonised and what may be its future?

Geographically, Siberia is made up of West Siberia and East Siberia, spreading from the Urals to the Pacific, while the province of the Far East is not part of Siberia.

Baikal Lake, in the Irkutsk area, is, up to a mile deep, making it the world’s deepest lake. and is home to 2500 animal and vegetable species, half of which are unique to this habitat. Its population is of 10 million only, with the two largest cities being Novosibirsk and Vladivostok.

Russia’s population in the Far North makes it the most populated country at those latitudes. The cost of operating in the cold is enormous and is the main reason why the industry is located in European Russia rather than in Siberia.

It is the Russian fur traders that started the push into Siberia in the 17th century. They were followed by the cossacks.

By 1689, the entire territory of Siberia, with the exception of the Kamchatka peninsula was Russian. Russians considered they were undertaking an act of civilization towards the native population.

The Czars encouraged migration, built towns and military outposts, expanding the size of Russia to make it the world’s largest land. The Soviet Union built on that heritage to construct major cities and factories, opened mines and built railways. This was done with the help of the thousands of prisoners sent to that frozen land.

The economics of a totalitarian communist state were totally different from one based on the principles of a liberal economy. Starting in the 1930s, slave labour, estimated at around 20 million people, built whole cities, established and run factories in extremely cold weather and horrible conditions.

World War II accelerated the development process as Stalin wanted his industrial structure well away from the front.

As of the 1960s, several major infrastructure and industrial projects were launched. Cities were built around the industrial or mining units and were fully integrated into their functioning.

Personnel was attracted by high salaries and accommodation. However, markets could not develop due to a lack of efficient infrastructure. Dismal roads and other means of transport have worsened due to climatic warming, translating into very high costs of moving goods, resulting in price hikes.

Siberia and the Russian Far East was central to Russia’s development programs based on energy production and major industrial production. However, these did not see the light due to the economic slowdown. However, under President Gorbachev, in the late 1980s, it became obvious that these titanic projects did not make sense. The fall of the Soviet Union terminally stopped these projects although the electricity potential production is still enormous.

Russia was the only country on the planet with its population moving north, while the reverse was taking place in the other countries having territories in the Arctic Circle.

People were drawn to this area because of the generous pay and benefits. They also built a self-image as heroes. The region, however, has been depopulating since the collapse of the Soviet Union and is even encouraged by the government to do so. Today, Siberia contributes 90% of Russia’s natural gas production, 70% of oil and coal, and the vast majority of non-ferrous and rare metals. It also has four of the world’s longest rivers allowing for hydroelectric production.

Nevertheless, the extent of the area is a major handicap. In particular, large distances between urban centres makes contact between them difficult and expensive.

Cost savings through the sharing of institutional infrastructure is impossible. For these reasons, Siberia, in spite of being the major contributor to the country’s economy, is the poorer and least developed area of the country.

Its inability to attract foreign investors has created a sentiment of abandonment by the central government and a perception that it is the local governors that should take the lead in solving their own problems.

Siberia, thus, is incapable of being a global competitor in markets other than natural resources.

Many Chinese have been entering Siberia, both legally and illegally, working, and even owning, factories or creating entire Chinese villages that export and transform raw materials to a China whose appetite for raw materials seems limitless. The future, however, may not be as bleak. Indeed, Siberia is one of the few areas in the world that will profit from climatic warming, with all the advantages this will represent. Climatic warming presents also certain challenges.

Indeed, Siberia has been considered as the icy desert that protected the southern flank of the country. As the permafrost melts, it exposes the country to penetration of armed forces from the South The uncertainties of climatic warming are a factor restricting investments with the exception of those from China which is the major investor in both industrial and residential infrastructure.

Two major investors are missing due to political issues. Japan and Russia have still not signed a peace agreement after the Second World War and therefore Japanese corporations are not present in this huge territory.

The US has chosen a strategy of sanctions, followed to a certain extent by the European Union, which forbids investments that could be both profitable and create continuity with Alaska. Siberia’s potential remains therefore unrealized