The fall of Thomas Cook: What went wrong? 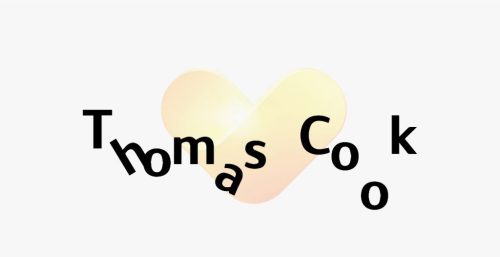 The fall of Thomas Cook: What went wrong?

Thomas Cook, once a massive and successful organization including a fleet of more than 100 aircrafts, has gone down after a failed attempt to secure an additional £200 million bailout. The company was founded years ago in 1841 by businessman Thomas Cook. 178 years later, the company has grown immensely into a huge global travel group. The annual sales are roaring at £9b with 22,000 staff operating in over 16 countries and a customer base of staggering 19 million.

According to John Strickland, an aviation analyst, the company was facing troubles from a long time now. The group was facing heat from many of its competitors including low-cost carriers EasyJet and Jet2.

As far as the former Managing Director of Thomas Cook, Time Jones, talking with BBC 5, is concerned; Thomas Cook had an analogue business model in a digital world. Mr. Jeans was of the opinion that much of the customer value offered by the firm was contributed by its brand value and loyalty of customers. The firm had very little to offer in respect to tangible assets such as Hotels and Planes. With increasing competition, when the customers left for online competitors, the value of the firm plummeted.

In the summer of 2018, the firm was trading just below 150p, and after various profit warnings the price had plunged to a fraction of that. The same year in the early months, the shares of the firm were described as ‘’worthless’’ by Citigroup bank Analysts.

In mid-2019, the firm reported a loss of £1.5b for the first half. This was followed by putting up their airlines for sale as a remedial action to procure funds. Later it was announced, that the firm is in talks with its largest stakeholder – China’s Fosun. The firm had expected to recover by securing finance led by Fosun, but the creditor banks issued a late demand of an extra £200m which the firm was unable to manage.

Why did Thomas Cook collapse?

The collapse of the travel giant can be considered as an amalgamation of various factors including debt, technology, competition, Brexit and even meteorology.

The firm had been facing the debt problem long before the collapse. In 2011, the company’s debt had piled up to £2 billion. By 2013, nothing much had changed and the figure still stood at £1.6 billion. During 2011 the company tried to get through by issuing new shares valued at £425 million. This seemed to be not enough and the firm had to burn through their working capital. In 2017, the company actually issued dividends to its shareholders which would rather have been used to maintain cash-flow.

2. Changing times and the failure to accommodate change

Thomas Cook still had the traditional way of doing business. The firm still believed in face-to-face customer interaction, as a result had the most number of stores around the world. On the downside, the travel agents could not take the advantage of digital technology and were too slow. Eventually, the firm reduced the number of stores which still stood in hundreds. All the while, the rivals were eating into their market share.

According to the firm’s chief executive, Peter Fankhauser, the uncertainty due to Brexit was causing a big delay in the bookings. Although the travel agents tried to reassure the customers by issuing guidelines in case of no-deal situation. The pound falling against the dollar and the euro also hit the business, especially since it paid hotels in euros and bought fuel for its planes in dollars.

On one side Thomas cook had hundreds of high street locations leading to costs in rents, rates, and staff – on the other side On The Beach was online. On The Beach and other rivals to Thomas cook did not have added expenditure due to absence of hotels or airlines. The rivals were able to forge good relationships with hotels. Thomas Cook still relied on opening and buying their own hotels which contributed to more costs for the firm.

The downfall of the travel giant is not just attributed to the above points, there are other factors as well including the heatwave of 2018 and some no-go zones of Arab during the same year.