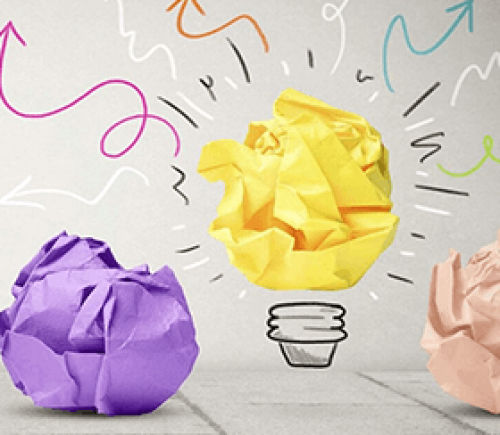 A critical enabler essential to change management is the ability to create Eureka Moments. The idea of a Eureka or light bulb moment has been around for a very long time. Psychologists have studied these moments of insight using behavioural methods for nearly a century. We chose to use the term Eureka Moments because the word “Eureka”, means “I have found it”. It is commonly attributed to the ancient Greek scholar, Archimedes. According to legend, he shouted “Eureka” after getting into a bath and realizing that the buoyant force on a submerged object is equal to the weight of the fluid displaced by it. Being so elated by his discovery he ran out into the streets shouting, “I have found it” (Eureka in Greek”), and so the Archimedes’ principle was born (Van Hecke, 2010). I believe Change Leaders need to “find” the change they need to lead. A crucial building block to understanding how people, organisations and societies change is contained in the concept of paradigms. A paradigm is defined as a pattern or a problem-solving model. Paradigms are also defined as a set of rules and regulations that set boundaries in which we solve problems. It was first used by Thomas Kuhn in his book, “The Structure of Scientific Revolutions” to explore why scientists often overlook information that does not suit their expectations. Joel Barker popularised the term in business in the 1980s through his video, “Discovering the Future: The Business of Paradigms”. The video had a significant impact on business thinking and is fundamental to the understanding of change. When we change the way we look at something from one way to another, our paradigm shifts and we form new neural networks that replace the old way of looking at something. Even today many people still do not understand the importance of this concept.

For change to occur, it is essential for a paradigm shift to take place. That is when the way of seeing something changes fundamentally to a new way of seeing the same thing. The moment when a paradigm shifts, is called a “Eureka” moment. A “Eureka” moment then refers to a cry of joy or satisfaction when something is discovered. It is a response or a solution to what was perceived as a challenge in the environment. Eureka moments are also called “a-ha” moments (a moment of sudden insight or discovery) or a paradigm shift. An “a-ha” moment takes place when a person, team or society “see” the “world” in a different light or find a solution or realise an opportunity that might not have been there before. A paradigm shift can also be defined as a sudden comprehension that solves a problem, reinterprets a situation, explains a joke, or resolves an ambiguous percept and is sometimes also called a moment of insight (MOI). There is something magical about experiencing an ‘aha moment’ as well as seeing it in others. The actual split second when an individual reaches a significant new insight or realisation, unlocking the very issue which just seconds before they had viewed as insurmountable. In the blink of an eye, they have moved from a position of being stuck to finding an answer or a way forward.

The illustrations below can be used to illustrate examples of paradigm shifts and to highlight the moment of insight. When we first look at this picture we observe either a black vase or two white faces looking at each other. Depending on our perspective, we might at first only see one of the pictures. In change, the same phenomenon might occur where we miss out information if we believe the way we see something is the only right perspective.

The following image illustrates how two paradigms can exist simultaneously. Some observe black up and down arrows others black exhaust pipes, automatic teller machines, slot machines, half a house. Some might observe the two words fly and win.[/vc_column_text]

One person might see the black arrows, and someone else sees the two words. A debate might even ensue about who is wrong and who is right. But in fact, both parties are right. Each has their own perspective. When we communicate a paradigm shift, we face the exact same challenge. As change leaders, we might want to bring about a change that others might not yet see. Helping the other person understand what it is you see, while they perceive themselves to be correct and you being wrong, is at the heart of the challenge of leading change.

Of course, bringing about a change might be a lot more complicated than seeing different images on a page. Yet, these pictures are powerful analogies to understanding how difficult communication can be and how critical understanding each other’s perspectives are.