Cryptocurrency: All you need to know 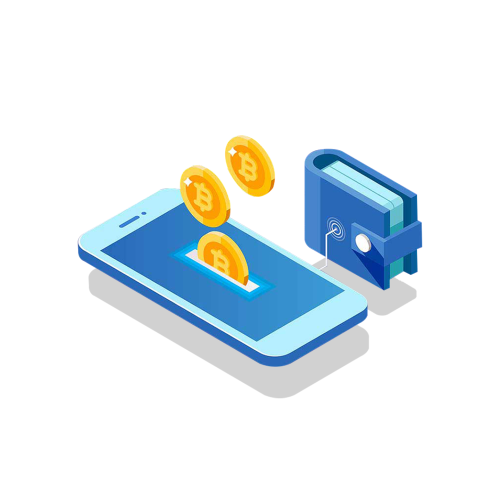 Cryptocurrency: All you need to know

I am sure the term cryptocurrency sounds very familiar to every one of you; courtesy to the rising popularity of currencies like Bitcoin and Ethereum, and of course to Elon Musk.

Now the questions most of us have been wondering about are;

what exactly is a cryptocurrency like Bitcoin and how does it actually work?

Let’s start with the basics of Cryptocurrency:

Cryptocurrency is a digital or virtual currency that can be used to buy goods/services online, and is secured by cryptography and hence making it nearly impossible to counterfeit.

Most people use these unregulated currencies to trade for profit, and speculation drives their prices upwards.

An important point to note is that the currencies are not issued by any central government or authority, and hence nullifies the government manipulation or interference.

You may be familiar with the most popular versions, Bitcoin and Ethereum, but there are more than 5,000 different cryptocurrencies in circulation, according to CoinLore.

Think of them as you would arcade tokens or casino chips.

You’ll need to exchange real currency for the cryptocurrency to access the good or service.

You can use crypto to buy regular goods and services, although many people invest in cryptocurrencies as they would in other assets, like stocks or precious metals.

While cryptocurrency is a novel and exciting asset class, purchasing it can be risky as you must take on a fair amount of research to fully understand how each system works.

Take the recent example of Bitcoin, which has had volatile price moves this year, reaching nearly $65,000 in April before losing nearly half its value in May.

Cryptocurrencies work using a technology called blockchain, which is a decentralized technology spread across many computers that manage and record transactions. Part of the appeal of this technology is its security.

What is a Blockchain?

The first blockchain-based cryptocurrency was Bitcoin, which remains the most popular and most valuable.

Today, there are thousands of alternate cryptocurrencies with various functions and specifications.

Some of these are clones or forks of Bitcoin, while others are new currencies that were built from scratch.

Bitcoin was launched in 2009 by an individual or group known by the pseudonym “Satoshi Nakamoto.”

As of March 2021, there were over 18.6 million bitcoins in circulation with a total market cap of around $927 billion.

Some other cryptocurrencies include the names like Ethereum, Dogecoin, Namecoin, Litecoin, and so on.

According to the CEO and Co-founder of African Cryptocurrency exchange Quidax, Buchi Okoro, talking about blockchain, ‘’Imagine a book where you write down everything you spend money on each day.

Each page is similar to a block, and the entire book, a group of pages, is a Blockchain.’’

A blockchain is an open, distributed ledger that records transactions in code.

In practice, it’s a little like a checkbook that’s distributed across countless computers around the world.

Transactions are recorded in “blocks” that are then linked together on a “chain” of previous cryptocurrency transactions.

With a blockchain, everyone who uses a cryptocurrency has their own copy of this book to create a unified transaction record.

The software logs each new transaction as it happens, and every copy of the blockchain is updated simultaneously with the new information, keeping all records identical and accurate.

Using Blockchain technology, participant computers can confirm transactions without the need for a central clearing authority.

To prevent fraud every cryptocurrency transaction is checked by two techniques that validate the transaction; proof of work and proof of stake.

The first technique is called the proof of work.

According to Simon Oxenham, a social media manager at Xcoins.com, ‘’ Proof of work is a method of verifying transactions on a blockchain in which an algorithm provides a mathematical problem that computers race to solve.’’

Every computer acts as an individual miner of the currency and helps in solving a mathematical puzzle which eventually verifies transactions or in other words, verifies ‘’Block’’, and finally adds them back to the blockchain ledger.

The first miner (or computer) to do this verification and addition is rewarded and hence given a small amount of the currency.

It is important to note this process requires an intense amount of computer power and electricity.

This takes us to Elon Musk’s tweet where he takes back the decision to use bitcoin to buy Tesla.

With proof of stake, the number of transactions each person can verify is limited by the amount of cryptocurrency they’re willing to “stake,” or temporarily lock up in a communal safe, for the chance to participate in the process.

Each person who stakes crypto is eligible to verify transactions, but the odds you’ll be chosen to do so increase with the amount you front.

Now the final question – Should we invest in Cryptocurrency?

Cryptocurrency is an incredibly speculative and volatile buy.

Stock trading of established companies is generally less risky than investing in cryptocurrencies such as Bitcoin.

Because crypto is a highly speculative investment, with the potential for intense price swings, some financial advisors don’t recommend people invest at all.

According to Ian Harvey, a financial planner, ‘’ the weight in a client’s portfolio should be large enough to feel meaningful while not derailing their long-term plan should the investment go to zero,”