Coronavirus: From crisis to hope 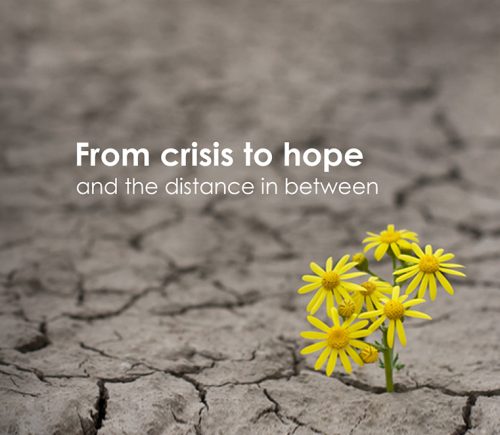 Coronavirus: From crisis to hope

The Second World War lasted for six years and was responsible for a total death toll of about 70 million people. The stories of those 6 years still continue to haunt mankind.

But the transformative effects of World War II are worth remembering, too. One of the most influential views of the effects of the War has been its impact on progressive social changes.

The suffering and sacrifices of war led to the turn-around thought that governments were supremely responsible for the welfare of its citizens and that focus on basic care was important. In lieu of the suffering that women had faced during war, post-war times focused increasingly on women’s rights.

Countries such as France and Italy gave their women the right to vote for the first time. Investment went into development of medicines and technologies and the world received innovative benefits in the form of penicillin, microwaves and of course, computers. The battered Germany went on to become a global economic power – called the ‘German economic miracle’.

Japan prospered as an Asian miracle and its many organizations including Toyota, Nissan, Isuzu, Hitachi and Toshiba were reorganized to feature better capabilities as a result of the advances that they had made during the war.

In 2003, the SARS-Corona Virus (SARS-CoV) had started spreading around the world after having originated in a Southern China province. Jack Ma, a Chinese entrepreneur had founded Alibaba just a few years earlier and had just around 400 employees around 2003.

But with an employee testing positive, the company had to quarantine all of its people to work from home.

Ma took home a set of employees who would work with him for the launch of Taobao, a customer facing online site that had already been planned for. Amidst the uncertainties of the pandemic ridden environment outside and other challenges for the nascent company, Ma did not give up. That crisis moment proved just the opportunity that Ma had wanted for his company.

People had started shopping online to avoid the virus exposure. And they shopped in droves. That proved to be the starting point of Chinese e-commerce and Alibaba became a world name to reckon with. Today Alibaba has over 100,000 employees and is a $470 billion company. The crisis allowed a young company to innovate and prosper. CrisisLesson#2

The novel Corona virus is wrecking its way on the developed, developing and underdeveloped countries alike. In its march, the virus does not distinguish between the rich and the poor, the illiterate and the erudite.

But this could be a Black Swan moment that change the path of business organizations across the world.

People have learned the importance of washing their hands ever more than before. The former American President John F. Kennedy once remarked that crisis represents not only danger, but also represents opportunity. This crisis may bring out innovations, present new opportunities and show a new disruption to many existing formats of doing things. It will also make us more resilient, and give us a better understanding that wars and conflicts and climate issues are not the only crisis we face. A simple microbe can sway us in its wild, wild dance. Amidst all this, let us remain hopeful and supportive of each other, because ‘this too shall pass’ ☺ CrisisLesson#Greatest[/vc_column_text][/vc_column][/vc_row][vc_row][vc_column][vc_column_text]