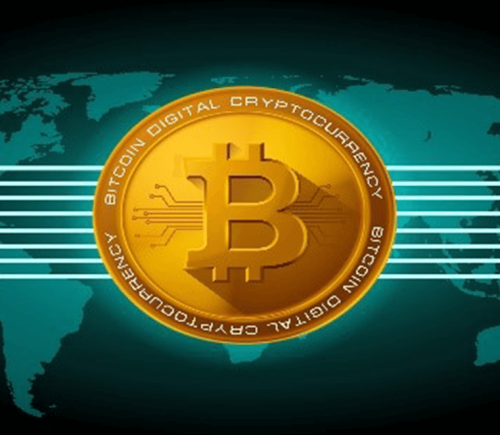 There has been a lot of noise recently about terms like “bitcoin,” “blockchain,” and “cryptocurrency.” Some of it is hype, but some of it points to important forces in the financial services industry. So what does it all mean?

We can help. We’ve pulled together a few short articles that explain why a lot of industry observers are paying close attention.

Let’s start with some quick definitions. Blockchain is the technology that enables the existence of cryptocurrency (among other things). Bitcoin is the name of the best-known cryptocurrency, the one for which blockchain technology was invented. A cryptocurrency is a medium of exchange, such as the US dollar, but is digital and uses encryption techniques to control the creation of monetary units and to verify the transfer of funds (PwC, 2017).

Blockchain also has potential applications far beyond bitcoin and cryptocurrency. Blockchain is, quite simply, a digital, decentralized ledger that keeps a record of all transactions that take place across a peer-to-peer network. The major innovation is that the technology allows market participants to transfer assets across the Internet without the need for a centralized third party.

From a business perspective, it’s helpful to think of blockchain technology as a type of next-generation business process improvement software.

Collaborative technology, such as blockchain, promises the ability to improve the business processes that occur between companies, radically lowering the “cost of trust.” For this reason, it may offer significantly higher returns for each investment dollar spent than most traditional internal investments.

Financial institutions are exploring how they could also use blockchain technology to upend everything from clearing and settlement to insurance.

According to representatives from Deloitte, EY, KPMG and PwC, both existing and prospective clients are beginning to ask questions about initial coin offerings (ICOs), the process by which public blockchain technologies can be leveraged to create custom cryptocurrencies that are subsequently sold to fund projects (CoinDesk, 2017).

ICOs are the hot new elements in the blockchain community. They are an alternative to crowdfunding, and have the potential to transform the way companies capitalize themselves. They are also of dubious legal status. It’s essentially a way for blockchain startups to raise money outside the traditional VC world.

It’s sort of like an IPO, except for early stage blockchain projects. It’s effectively a Kickstarter campaign that uses blockchain-based “tokens” (a.k.a app coins, cryptocurrencies, digital assets) to raise money.

The total amount of money raised via ICOs in April was just under $100 million, but by May ‘17 this had more than doubled to almost $250 million, according to Coin schedule, a website that tracks such data. In June ‘17, ICO funding had hit over $550 million and it was the first month ever that it surpassed angel and seed VC funding. This was noted by Goldman Sachs.

While angel and early VC funding was just over $200 million during recorded transaction period. (Kharpal, 2017).

“ICO as a new business model leveraging blockchain technology will sustain as the digital way, combining crowdfunding and (a) new hybrid asset class of equity ownership and currency,”

What Does This Mean?

A lot of companies have been raising money through ICOs (by offering their new cryptocurrencies to investors in exchange for existing cryptocurrencies or cash), and in the last few months the amount of fundraising has shot up exponentially. However, unlike traditional fundraising methods, ICOs have been largely unregulated. This presents a problem for governments and central banks as they try to assess the effects on investors and the financial system. China is concerned about ICOs being used to fund criminal activity and perpetuate fraud.

Recently, Australia, Japan, Russia and South Korea announced plans to regulate cryptocurrencies, which would legitimize them even if it would require increased administrative costs (like better user verification). Chinese regulators weren’t as permissive and banned ICOs altogether – how far other countries will go is yet to be seen.

Are you exploring the opportunities of getting your MBA? Then you are at the right place to learn about various MBA programs – Top International MBA Programs | Accredited MBA in UAE | MBA in Business Analytics Online | MBA in Logistics and Supply Chain Management | Project Management MBA Course | MBA Healthcare Management Degree | MBA Degree in Human Resources Management