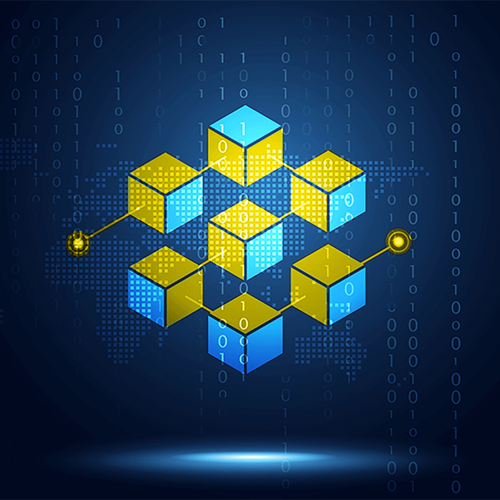 A Google Doc is a simple analogy for understanding blockchain technology. When we make a document and share it with a group of people, it is distributed rather than copied or transferred.

This creates a decentralized distribution chain in which everyone has simultaneous access to the document.

No one is locked out while waiting for changes from another party, and all changes to the document are recorded in real-time; making changes completely transparent.

Of course, blockchain is more complex than a Google Doc, but the analogy is useful because it illustrates three key concepts in the technology:

Every chain consists of multiple blocks and each block has three basic elements:

When the first block of a chain is created, a nonce generates the cryptographic hash. The data in the block is considered signed and forever tied to the nonce and hash unless it is mined.

Mining is the process by which miners add new blocks to the chain.

Every block in a blockchain has its own unique nonce and hash, but it also refers to the hash of the previous block in the chain, making mining a block difficult, especially on large chains. Miners use specialized software to solve the incredibly complex math problem of generating an accepted hash.

Because the nonce is only 32 bits long and the hash is 256 bits long, there are approximately four billion nonce-hash combinations that must be mined before the correct one is found. When this occurs, miners are to have found the “golden nonce” and their block is added to the chain.

Making a change to any block earlier in the chain requires re-mining not just the block with the change, but all of the blocks that come after.

This is why it’s extremely difficult to manipulate blockchain technology.

Think of it as “safety in math” since finding golden nonces requires an enormous amount of time and computing power.

When a block is successfully mined, the change is accepted by all of the nodes on the network and the miner is rewarded financially.

One of the most important concepts of blockchain technology is decentralization.

Computers and companies cannot own a chain. Instead, it is a distributed ledger across the nodes connected to the chain.

A node can be any type of electronic device that keeps a copy of the blockchain and keeps the network running.

Each node has its own copy of the blockchain, and the network must algorithmically approve each newly mined block in order to update, trust, and validate the chain. Since blockchains are transparent, every action in the ledger can be easily checked and viewed.

Each participant is given a unique alphanumeric identification number that shows their transactions.

Combining public information with a system of checks and balances helps the blockchain maintain its integrity and creates trust among users.

Essentially, blockchains can be thought of as the scalability of trust via technology. 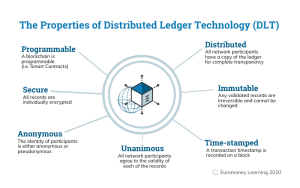 Blockchain’s most well-known use (and maybe most controversial) is in cryptocurrencies.

Cryptocurrencies are digital currencies (or tokens), like Bitcoin, Ethereum or Litecoin, that can be used to buy goods and services.

Just like a digital form of cash, crypto can be used to buy everything from your lunch to your next home.

Unlike cash, crypto uses blockchain to act as both a public ledger and an enhanced cryptographic security system, so online transactions are always recorded and secured.

To date, there are more or less 6,700 cryptocurrencies in the international which have a total marketplace cap of around $1.6 trillion, with Bitcoin holding a majority of the value. These tokens have emerged as exceptionally popular over the last few years, with one Bitcoin equaling $60,000. 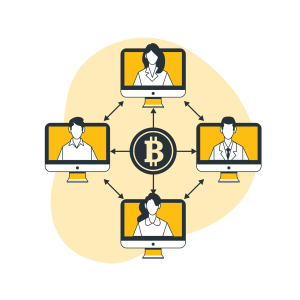 Here are a number of the primary motives why everybody is unexpectedly taking note of cryptocurrencies:

A public blockchain is one that anyone can join and participate in, such as Bitcoin. Drawbacks might include substantial computational power required, little or no privacy for transactions, and weak security.

These are important considerations for enterprise use cases of blockchain.

However, one organization governs the network, controlling who is allowed to participate, executing a consensus protocol and maintaining the shared ledger.

Depending on the use case, this can significantly boost trust and confidence between participants.

A private blockchain can be run behind a corporate firewall and even be hosted on premises.

It is important to note that public blockchain networks can also be permissioned.

This places restrictions on who is allowed to participate in the network and in what transactions.

Participants need to obtain an invitation or permission to join.